*I was provided with a e-book of this book by the publisher via NetGalley, but my review is all my own opinion and thoughts* 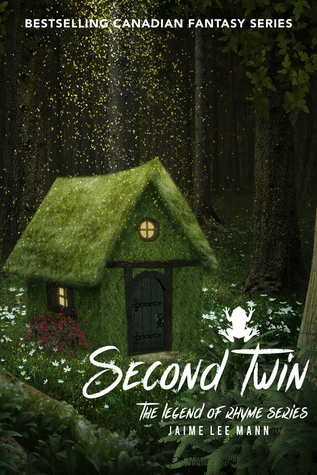 “Grimblerod has led twins Asher and Ariana Caine back to ancient Rhyme, a time when Calla and Elora were the same age the twins are now. Though the Kingdom of Falmoor is rich with magic, the twins are unable to use their powers. They don’t know whom to trust, where to turn, or how to avoid doing something in the past that may alter the future forever.

Meanwhile, young Teagan Rogers must decide if she is ready to leave behind everything and everyone she knows to follow her mysterious destiny beneath the waves.

Will Teagan choose to become a mermaid?
Will Asher and Ariana get home before changing the course of history forever?
And can enemies truly become friends?”

Ariana: She is becoming less annoying, which I am very happy about. She is learning from her mistakes and she is overthinking every step they take, because one wrong step can change so much.

Asher: His character took a different turn and I totally love it! He has to be my favorite character of this series and I am so excited to see what will happen to him in the next installment, and with that the rest of the series. Can he overcome his destiny?

The overall writing was still great, but I was a bit confused with the setting. Because the story shifts between time very quickly and in a different time it also changes from place. So it was a bit harder to keep up with what was going on and who we were following at the moment. Though the different time did add to the story in my opinion.

The ending left me flabbergasted. Normally I can sort of see the cliffhanger coming even though I am still surprised when it happens. But this ending took me by surprise and it was so excited! The story went a way I didn’t expected it to take, but I am so glad it did.

The first half of the book I was confused which did continue on in the second half of the book, but less. Because of shifting between different times and places within the world happened very often and very quickly. So I had a bit trouble keeping track of what was happening and who we were following. But the ending totally made up for it. That is a plot twist I didn’t see coming, but I love it!