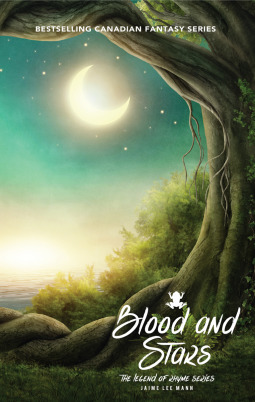 “Thirteen-year-old Ariana Caine has woken in Coraira, and is torn between finding her brother Asher and learning how to rule the magic realm while Calla is under a protection spell.

Beneath the sea, Starla the mer-queen is bringing her apprentice, Teagan, to the Chamber of Memories to learn more about her parents. But when Starla is beckoned by one of the Ancients, Teagan is approached by a stranger, who promises to lead her to her mother and father. Meanwhile, the sea witch and her sisters are poised and ready to usurp the queen’s reign, and will stop at nothing to gain her powers.

On top of it all, Elora, the infamous witch who has caused so much heartache, is now asking for trust one last time.

Will Ariana choose Coraira over her brother?

Will the sea witch have her wish?

What are Elora’s true intentions?”

Ariana: She is becoming a better and better character. There has been a big role shoved into her shoes and she know she isn’t ready for that because she hasn’t had any training on how to do it or how to really use her magic so far. With that she is also conflicted because she really wants to help her brother, while the focus of others is elsewhere.

Asher: In this book he has become more aware of his destiny, but he is trying to fight it. But I do feel like his part in this story wasn’t as well developed as in other stories or other parts. I didn’t understand why he made certain decisions and his turn can in a blink of an eye without that much of an explanation.

The structure of this story was really good. There are 4 parts to this book and in every part you are following different characters, which makes it easy to follow the story, which was a problem I had with the last book. Every part starts with a poem, which gives you a little update on the story and the character you are about to follow. And this time the world is expended to under the sea. I really enjoyed learning about this new part of the world. The writing in general is really pulls you into the world Jaime Lee Mann has created and only lets you go when you are done reading the book and then you are left wanting more.

Every part followed different characters, so every part has its own ending. There isn’t a part which does end on a cliffhanger, which I am pretty pleased about. Until now I could just continue on with the next installment, but that isn’t the case. So I just have to be patient. I didn’t see anything in the stories which really tied them together, so I am curious to see if we would get that in the next installment.

I really enjoyed myself in this book. The story just pulls you in and only lets you go because either you finished the book or you have to take care of your primary needs (like food or sleep). Because these books aren’t too long, you can just read them in one sitting and you can also start with this book in this world because there is a guide in the back, but I would recommend the first four books as well because I adds more to the story. And with that said, I am really keeping my eyes out for the next installment in this magical series.