*I was provided with a eARC of this book by the publisher via NetGalley, but my review is all my own opinion and thoughts* 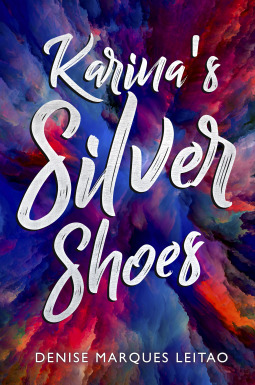 “She’s got the fate of a kingdom in her hands—or rather, in her shoes.
14-year old Karina is not sure what she wants, but she knows what she’s found: fascinating silver shoes. Fascinating, dangerous, and potentially evil. On the upside, they do bring cool visitors.

When two princesses ask her to go to Whyland, a kingdom in a parallel dimension, to destroy the shoes, of course Karina accepts. Who would refuse a free trip to an alternate world?

Advised by a wise master and threatened by a beautiful stepmother, Karina goes on a journey with a princess to defeat a powerful witch. But Whyland is nothing like she expected. Karina finds herself stuck in a kingdom she doesn’t understand, with no clue on who to trust. Before saving anyone, she’d better save herself—if she figures out how.”

Our main character Karina is very naïve and in my opinion just stupid some times. She just believes everything which is told to her. She seemed to constantly forget the goal of her adventure and why she actually was at a certain place. I couldn’t relate to her and I didn’t get her.

Other than Karina we have, Cayla and I even get her less. I don’t get her personality. Her actions and the things she said felt off. And I didn’t get her motivations for her actions.

The characters just felt flat to me, very one dimensional. They might have been great if they have been given more debt.

To be honest this didn’t read like a Young Adult novel, even though it is supposed to be one. Just as the characters also the world felt flat, I would have liked to see more world development. With that the plot felt all over the place. I could see the promise of the concept of the novel, but in my opinion it wasn’t that well executed.

The ending was anti-climactic, that is all I can say.

Overall I didn’t enjoy reading this book. If I hadn’t received this from Netgalley, I would have DNF’ed it at 30% because I have been in a reading slump and this wasn’t helping. The characters and the world felt flat to me, underdeveloped. And the plot was all over the place. I can see the potential of the promise of this novel, but it wasn’t that was executed.