“”She thought she knew who s 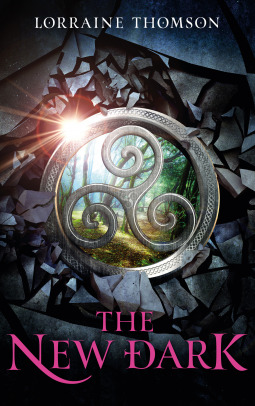 he was and where she came from.Then her home was destroyed. Her brother lost amongst the ashes. And the boy she loves vanished. She owed her own survival to a mutant — the very forces behind the destruction. Now Sorrel will never be the same again.”
There is no “Before”, there is only “Now”. Because now there’s no internet, no TV, no power grid. Food is scarce, and the world’s a hostile place. But Sorrel lives a quiet life in the tiny settlement of Amat. It’s all she’s ever known …
Until a gang of marauding mutants destroys the village, snatching her brother Eli, and David, her boyfriend. Sorrel sets out after them, embarking on a journey fraught with danger. Can she survive? The only thing that keeps her going is Eli and David. They are out there somewhere. They must be alive. And if she has her way, she will find them.
THE NEW DARK is the first book in a new YA-trilogy and will be published in November 2017. The second and third books in the series (THE NEW DAWN & THE NEW DAY) will be released in 2018.”

So it has been a while since I read this ebook that is why I decided to do a mini review. I enjoyed reading this book, but it didn’t blow my mind. That is why I gave it a 3 star rating. I enjoyed the female character and the character grow she went through. I really enjoyed the unusual friendship she makes which shows her that all she has believed isn’t right. There is also a male main character, which is also the love interest and I didn’t really care about his parts, I wanted more of Sorrel’s chapters and I was really annoyed by their ‘need’ to find each other and be with each other. We aren’t shown how strong their bond is over time, we are told, so I really didn’t care about their romance.

I am curious to see how the rest of the story will unfold in the next two books and how the unusual friendship will get stronger and evolve. I hope Sorrel will reach her goal.