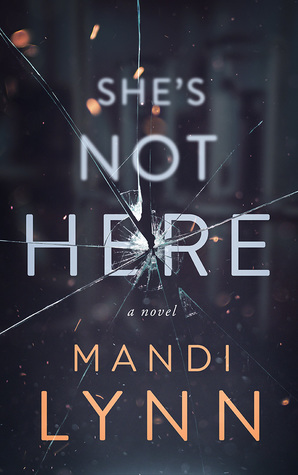 “Willow watched her father diminish in front of her as Alzheimer’s pulled him further away each day. When a fire creates the perfect disaster, Willow’s desperation to find a cure to the disease causes her to change Samantha Ellison’s life forever.

Treated as an experiment, Willow injects Samantha with a serum that mimics Alzheimer’s and deteriorates her brain. With Sam’s mental capacity declining at an alarming rate, it won’t be long until people start looking for answers. With Willow’s husband as the doctor, it’s only a matter of time before he uncovers the truth. The only question is whether he discovers Willow’s secrets in time to save the innocent life at stake.”

So I read this book over the course of a few months, because of personal reasons, and that is why I am doing a mini review, since I can’t remember everything that clearly anymore. So let’s get into it with me saying that I overall enjoyed reading this novel. In 2018 I have discovered that I really enjoy medical thrillers, probably because I have some knowledge about that stuff, and this was one of them. Which can be a pro while reading a book but also a con. When reading a novel which includes medical stuff, I know when some things are of or wrong, and I had some doubts about some stuff that happened in this novel, if that would really happen in a real hospital.

The other thing which was a miss for me, were the main couple, Willow and her husband. They are unlikable characters, who make bad decisions. And there are times I would really enjoy and love unlikable characters, but that wasn’t this time. Most of the time I was annoying with them and then mostly the husband.

Now there are some things which were done really well in my opinion. The portrayal of the dementia of Willow’s father and another character was done very well. I have seen a video of the author talking about her novel and that she experience dementia first hand with her grandmother, and it was obviously shown that she knew how a person with dementia talks and acts. And I really appreciated that, I really loved that about this book.

The other thing I loved about this book was the ending. While I was reading it I was thinking that the book had to end in a certain way to be realistic, otherwise I probably would have ended up disliking this novel. And the pacing of the novel was also done well. Even though it took me a long time to read it, whenever I was reading I was hooked (but responsibilities made me quit reading). So from beginning till end I was engrossed in this story. It also read easily, even though it is a medical thriller (at least in my opinion it is) there aren’t any difficult medical terms used.