* I was provided with a e-ARC buy the publisher through Netgalley, even though this is the case all thoughts and opinions in this review are my own* 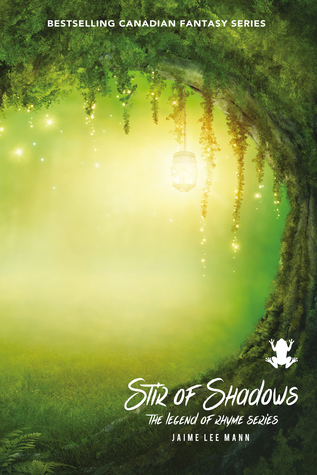 “Marigold has never felt like she truly belonged with her family. And neither has Frederick. When a phoenix feather brings the young teens together for the first time, they finally understand why: they are twins, separated as children.

The two soon learn they have other siblings, and that if they successfully reunite with their brother and sister before the feather bursts into flame, they will all fulfill otherworldly destinies. What they don’t know is that their mysterious sister is a villainous witch who has been trapped in the cover of a grimoire to keep the world safe from her murderous scorn.

Meanwhile, Teagan finds herself in a hopeless situation and faces losing her tail forever. Time’s running out, and it’s up to Asher and Ariana to save her… if only they knew she was in danger.

Will Asher and Ariana save Teagan in time?

Will Marigold and Frederick risk releasing the witch to make their dreams come true?

And if they do, will the land of Rhyme ever be the same?”

Since this is the sixth book in this series and in every book there are more characters introduced, this book has a very large cast. And in this book as well new characters were introduced, 6 to be exact. In my opinion this isn’t really good for the story. Since the book isn’t that big the older characters aren’t getting the change to develop themselves while the new characters are taking over the story for one book. I am really interested in Ariana and Asher, but they didn’t have that much page time to really enjoy my time with them. On the other hand, I do enjoy the new characters which are introduced, even though we only get this much time with them in this book. I am actually really invested into Blue’s story.

The writing of this series is very magical and makes you feel like you are in this world. I enjoy ever book I read and normally read them in one sitting. Which I did with this one as well. The world is huge and there are a lot of realms to explore and we do get bits and pieces of these realms as the story progresses. Also every book ends with a cliffhanger, which makes me want to pick up the next book immediately. I am always curious what will happen. I do have to say that new things are explored and invented in the magic system which is always convenient for the plot.

I enjoyed begin back into the world of this book series. I do feel that it is unnecessary that there are new characters introduced every new book even though the books are quite short. Because of this, I feel that the other characters we have come to love don’t get the opportunity to develop themselves or to be part of the story. Even though I feel this way about the character, I still love the world and different realms which can be explored.