So today I am going to be talking about some books which I am really excited to read, but the only problem is that they haven’t come out yet. So that is why I am sharing with you, we all have to wait, so we can all suffer together… No I’m joking, I just want to share some books I am really excited about so you will also maybe find a new book to add to your endless TBR. Even though there are more books on my Goodreads TBR that will release in this time period, I am not that excited about them as I am about these. 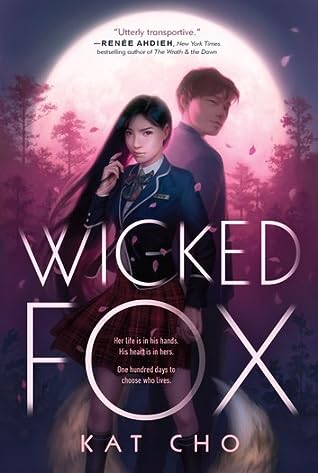 “Eighteen-year-old Gu Miyoung has a secret–she’s a gumiho, a nine-tailed fox who must devour the energy of men in order to survive. Because so few believe in the old tales anymore, and with so many evil men no one will miss, the modern city of Seoul is the perfect place to hide and hunt.

But after feeding one full moon, Miyoung crosses paths with Jihoon, a human boy, being attacked by a goblin deep in the forest. Against her better judgment, she violates the rules of survival to rescue the boy, losing her fox bead–her gumiho soul–in the process.

Jihoon knows Miyoung is more than just a beautiful girl–he saw her nine tails the night she saved his life. His grandmother used to tell him stories of the gumiho, of their power and the danger they pose to humans. He’s drawn to her anyway.

With murderous forces lurking in the background, Miyoung and Jihoon develop a tenuous friendship that blossoms into something more. But when a young shaman tries to reunite Miyoung with her bead, the consequences are disastrous . . . forcing Miyoung to choose between her immortal life and Jihoon’s.”

Spin The Dawn by Elizabeth Lim

“Maia Tamarin dreams of becoming the greatest tailor in the land, but as a girl, the best she can hope for is to marry well. When a royal messenger summons her ailing father, once a tailor of renown, to court, Maia poses as a boy and takes his place. She knows her life is forfeit if her secret is discovered, but she’ll take that risk to achieve her dream and save her family from ruin. There’s just one catch: Maia is one of twelve tailors vying for the job.

Backstabbing and lies run rampant as the tailors compete in challenges to prove their artistry and skill. Maia’s task is further complicated when she draws the attention of the court magician, Edan, whose piercing eyes seem to see straight through her disguise.

And nothing could have prepared her for the final challenge: to sew three magic gowns for the emperor’s reluctant bride-to-be, from the laughter of the sun, the tears of the moon, and the blood of stars. With this impossible task before her, she embarks on a journey to the far reaches of the kingdom, seeking the sun, the moon, and the stars, and finding more than she ever could have imagined.”

House of Salt and Sorrows by Erin A. Craig

“Annaleigh lives a sheltered life at Highmoor, a manor by the sea, with her sisters, their father, and stepmother. Once they were twelve, but loneliness fills the grand halls now that four of the girls’ lives have been cut short. Each death was more tragic than the last—the plague, a plummeting fall, a drowning, a slippery plunge—and there are whispers throughout the surrounding villages that the family is cursed by the gods.

Disturbed by a series of ghostly visions, Annaleigh becomes increasingly suspicious that the deaths were no accidents. Her sisters have been sneaking out every night to attend glittering balls, dancing until dawn in silk gowns and shimmering slippers, and Annaleigh isn’t sure whether to try to stop them or to join their forbidden trysts. Because who—or what—are they really dancing with?

When Annaleigh’s involvement with a mysterious stranger who has secrets of his own intensifies, it’s a race to unravel the darkness that has fallen over her family—before it claims her next.”

The Dragon Republic by R.F. Kuang 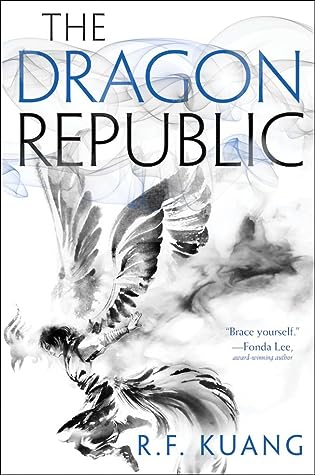 “In the aftermath of the Third Poppy War, shaman and warrior Rin is on the run: haunted by the atrocity she committed to end the war, addicted to opium, and hiding from the murderous commands of her vengeful god, the fiery Phoenix. Her only reason for living is to get revenge on the traitorous Empress who sold out Nikan to their enemies.

With no other options, Rin joins forces with the powerful Dragon Warlord, who has a plan to conquer Nikan, unseat the Empress, and create a new Republic. Rin throws herself into his war. After all, making war is all she knows how to do.

But the Empress is a more powerful foe than she appears, and the Dragon Warlord’s motivations are not as democratic as they seem. The more Rin learns, the more she fears her love for Nikan will drive her away from every ally and lead her to rely more and more on the Phoenix’s deadly power. Because there is nothing she won’t sacrifice for her country and her vengeance.” 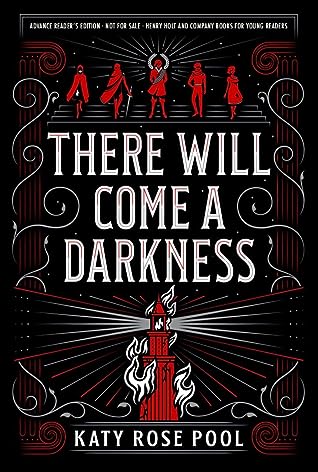 There Will Come a Darkness by Katy Rose Pool

“For generations, the Seven Prophets guided humanity. Using their visions of the future, they ended wars and united nations―until the day, one hundred years ago, when the Prophets disappeared.

All they left behind was one final, secret prophecy, foretelling an Age of Darkness and the birth of a new Prophet who could be the world’s salvation . . . or the cause of its destruction. As chaos takes hold, five souls are set on a collision course:

A prince exiled from his kingdom.
A ruthless killer known as the Pale Hand.
A once-faithful leader torn between his duty and his heart.
A reckless gambler with the power to find anything or anyone.
And a dying girl on the verge of giving up.”

The Magnolia Sword: A Ballad of Mulan by Sherry Thomas 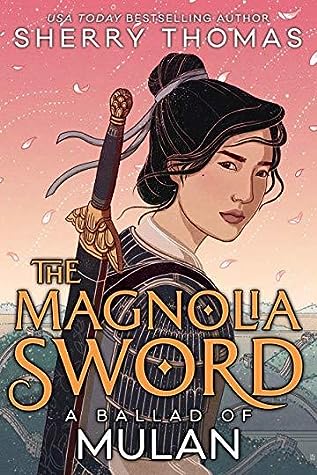 “A Warrior in Disguise
All her life, Mulan has trained for one purpose: to win the duel that every generation in her family must fight. If she prevails, she can reunite a pair of priceless heirloom swords separated decades earlier, and avenge her father, who was paralyzed in his own duel.

Then a messenger from the Emperor arrives, demanding that all families send one soldier to fight the Rouran invaders in the north. Mulan’s father cannot go. Her brother is just a child. So she ties up her hair, takes up her sword, and joins the army as a man.

A War for a Dynasty
Thanks to her martial arts skills, Mulan is chosen for an elite team under the command of the princeling–the royal duke’s son, who is also the handsomest man she’s ever seen. But the princeling has secrets of his own, which explode into Mulan’s life and shake up everything she knows. As they cross the Great Wall to face the enemy beyond, Mulan and the princeling must find a way to unwind their past, unmask a traitor, and uncover the plans for the Rouran invasion . . . before it’s too late” 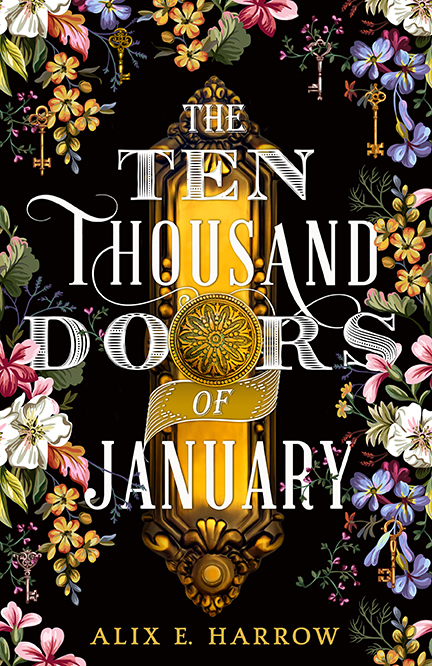 The Ten Thousand Doors of January by Alix E. Harrow

“In a sprawling mansion filled with peculiar treasures, January Scaller is a curiosity herself. As the ward of the wealthy Mr. Locke, she feels little different from the artifacts that decorate the halls: carefully maintained, largely ignored, and utterly out of place.

Then she finds a strange book. A book that carries the scent of other worlds, and tells a tale of secret doors, of love, adventure and danger. Each page turn reveals impossible truths about the world and January discovers a story increasingly entwined with her own.”

Seeker by Kim Chance (I have an eARC for this one! So excited to read it!) 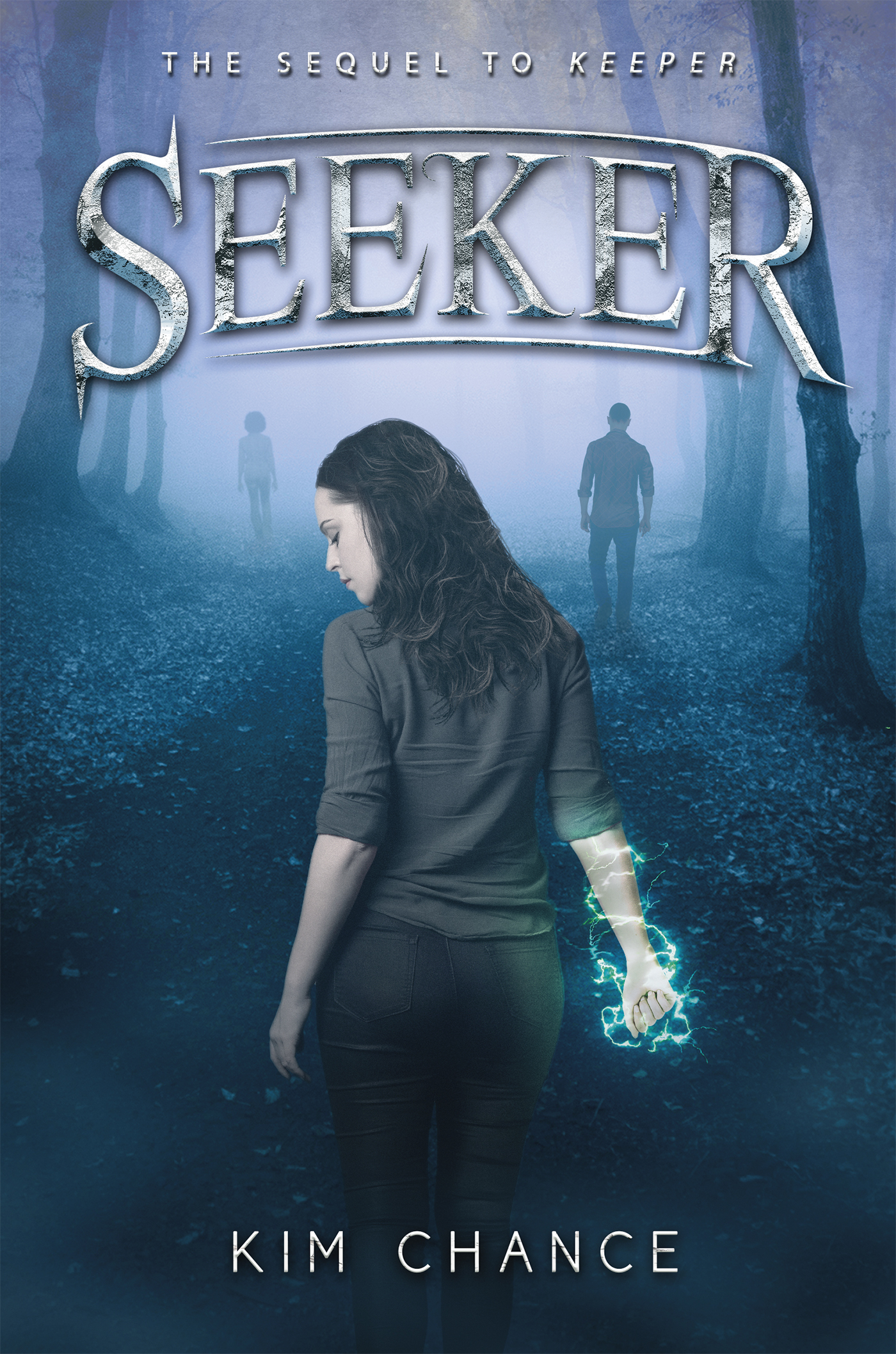 “Lainey’s normal, bookworm life no longer exists. With her family murdered by the Master, she joins forces with a group of Supernatural rebels. But as she struggles to cope with her new role as Keeper and the uncontrollable power it gives her, Lainey realizes that magic does indeed leave a mark—but it’s not always physical.

Ty isn’t one of the good guys. He’s done terrible things, and he won’t stop until he gets what he wants. Even if it hurts. Even if it means betraying the girl he loves…again.

For Maggie, all her comic book dreams have come true, and her new life as a Shifter is just beginning. But with war closing in, is it truly a dream or a death sentence?

In the ultimate battle for power, Lainey, Ty, and Maggie must face-off against the Master, and work together to discover the greatest weapon of all.

Seek and you will find.”

Are some of these on your TBR? What is a book which is set to release in July till September you are excited for?