*I was provided with an eARCs by the publisher trough Netgalley, every opinion stated in this review is my own.* 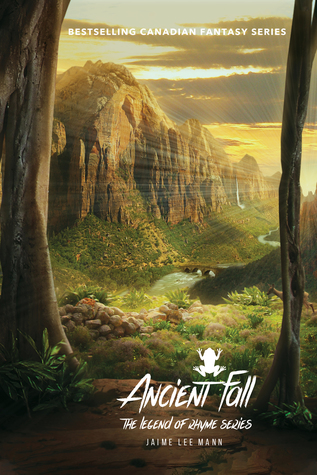 “The enchanted land of Coraira has died, preventing entry for twins Asher and Ariana Caine. They are now trapped alone in the realm of ice and snow, unable to use their magical powers to escape.

Meanwhile, the wise Ancients—the twins’ mentors—have each been stolen by a mysterious cloud. Vengeful Mother Earth has finally decided to fight back against the humans who have been abusing her for centuries.

Through a series of visions and prophecies, it becomes evident that a dark curse may be responsible for humanity’s actions. Now, the curse must be broken before the rare twin moons reach their highest point in the sky if there is to be any hope that Mother Earth will return the world to humankind.

Will the Caine twins make it out of the ice realm alive?
Will the heirs of Elora and Larque figure out how to lift the curse?
And what will happen to everyone if Mother Earth wins?“

I actually really enjoyed the fact that we were mainly following character we were already familiar with for most of the book, as far as I can remember there were only one or two new characters introduced and they were only for a small bit of the time present, but still important for the story. We actually spend more time with Ariana and Asher, and in my review for the previous book I mentioned that I wanted to see more from them, so I’m really glad that we got to follow them more. I really enjoy the characters in this series, they are fun to read from and I love their interactions with each other. But still since there are so many characters there isn’t really that much room for character development which is build right, usually it happens in an instance or their minds are changed in the time of one line, which is sometimes a bit annoying to read from.

There is a lot of shifting between realms, a bit less than the last one. So it was easier to keep track of what was going on and who we were following. I still really enjoy the magic that is present in this series and the way characters develop them. There are also drawings on some pages which I really love, it shows how the world or the characters look. Usually before we shift from realms there is a poem in between. I have always found these to be very creative and fun to read.

I am still enjoying reading this series. I loved that we got to follow Ariana and Asher more in this book and that there weren’t as much new characters introduced than in the last book. This is a fast paced and fun children fantasy series, which has a beautiful world a fun characters to follow. Sometimes it can be hard to follow the story line, but in my opinion the author has grown in this.